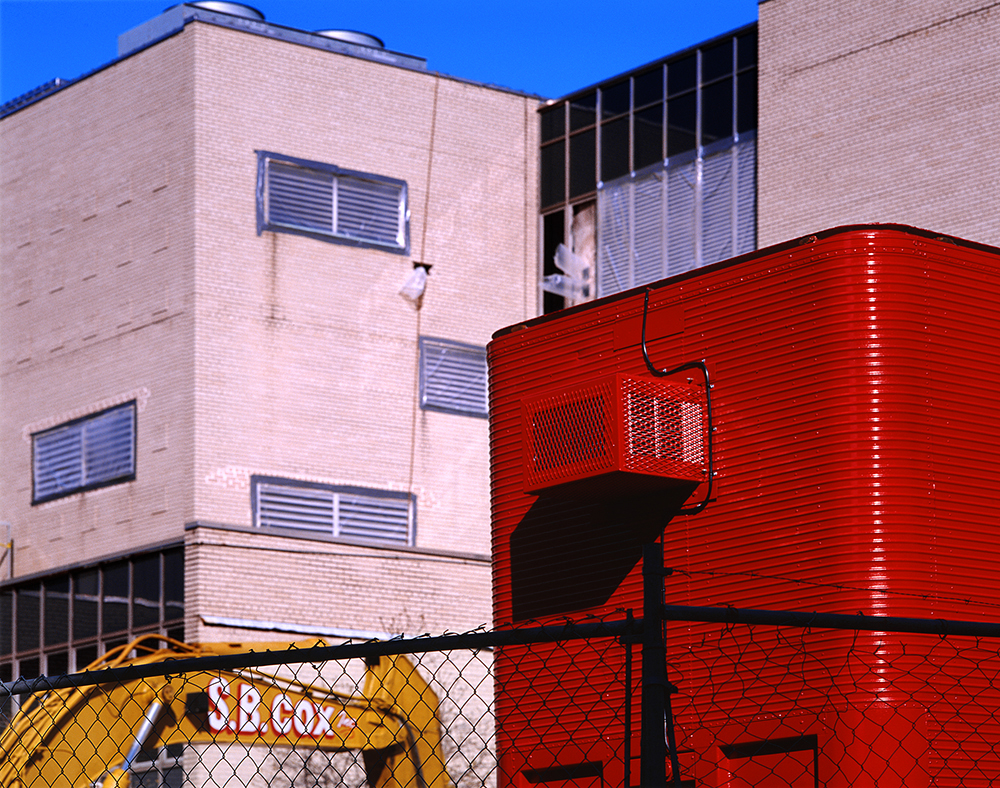 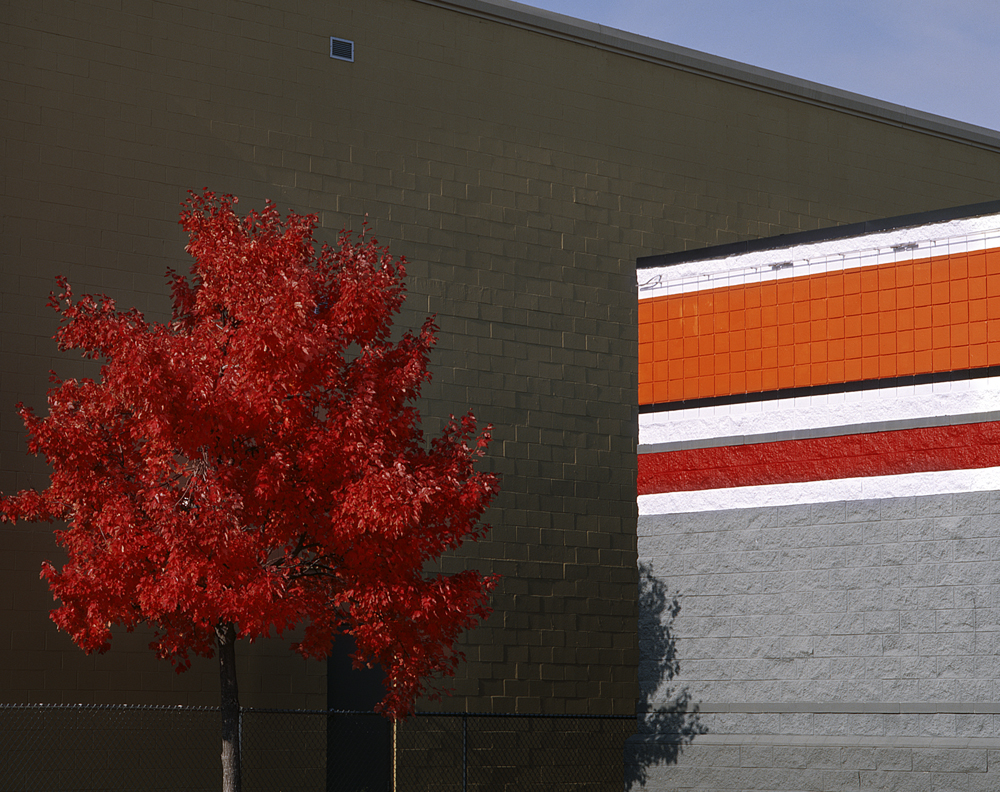 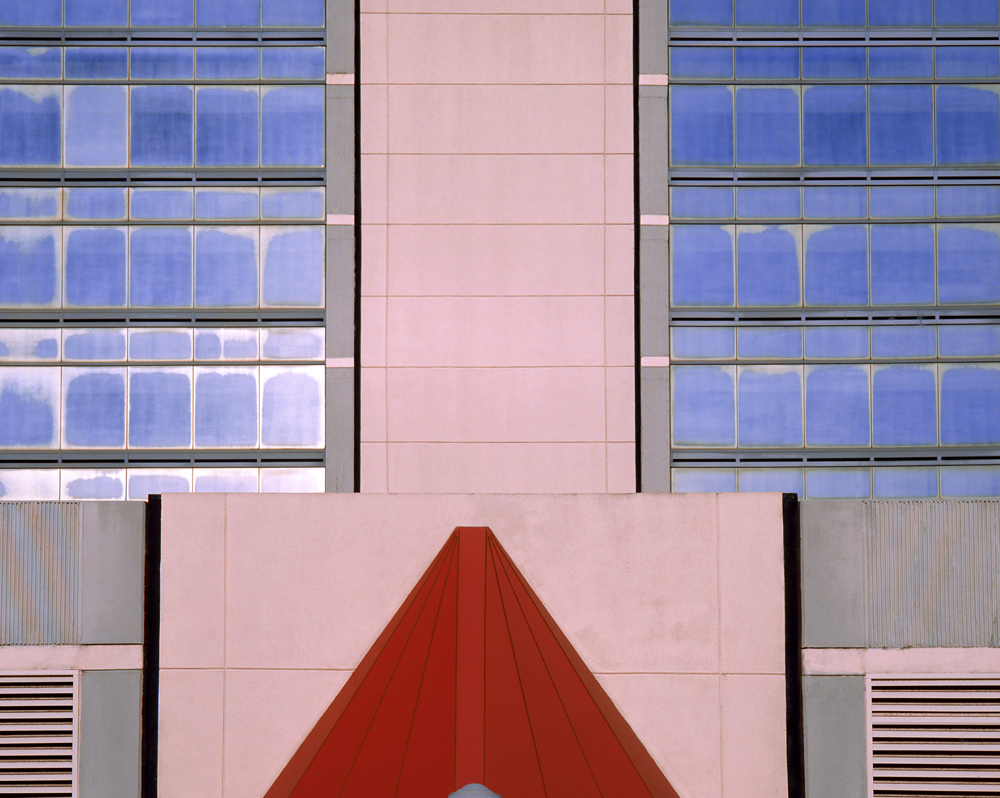 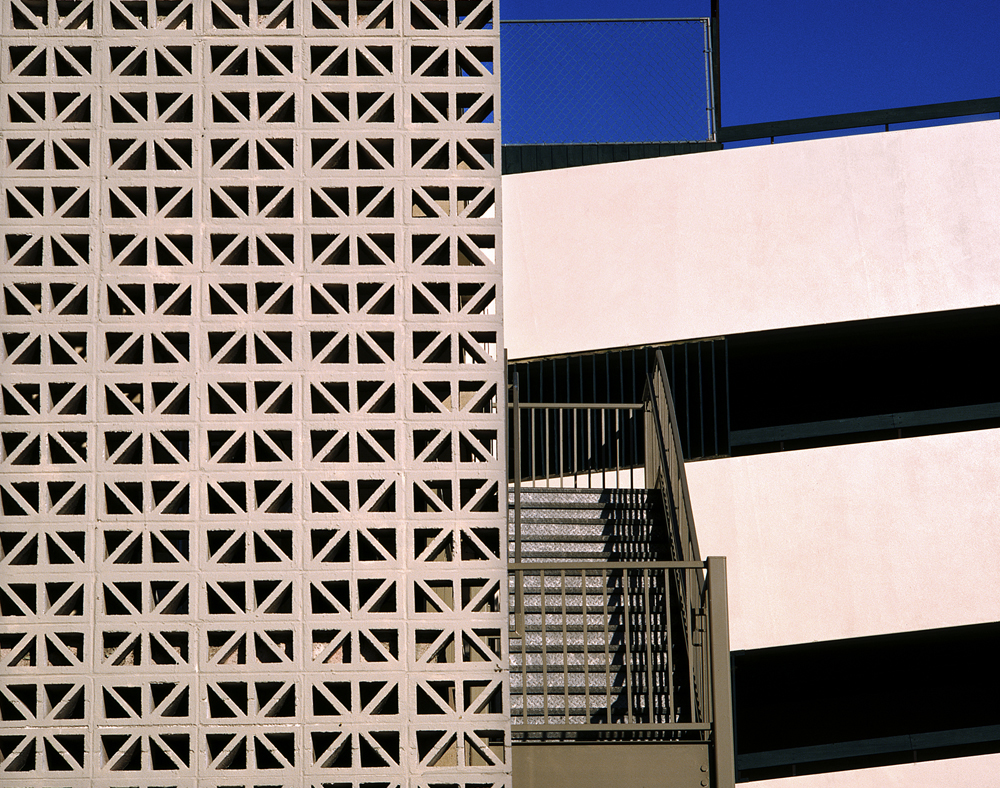 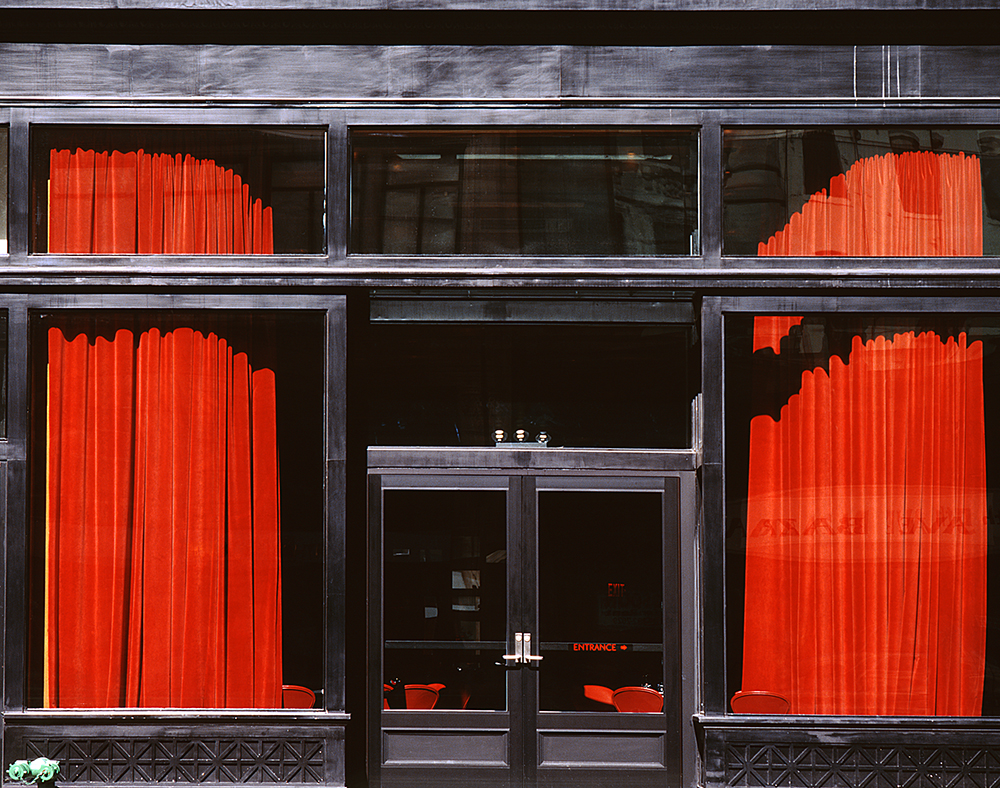 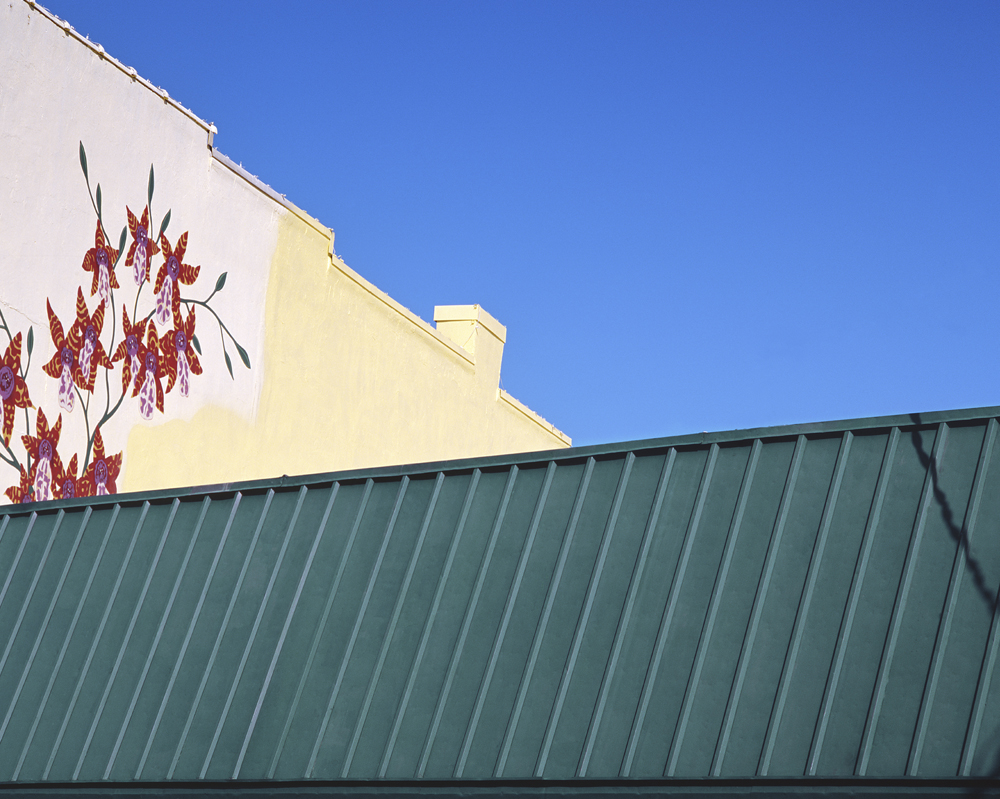 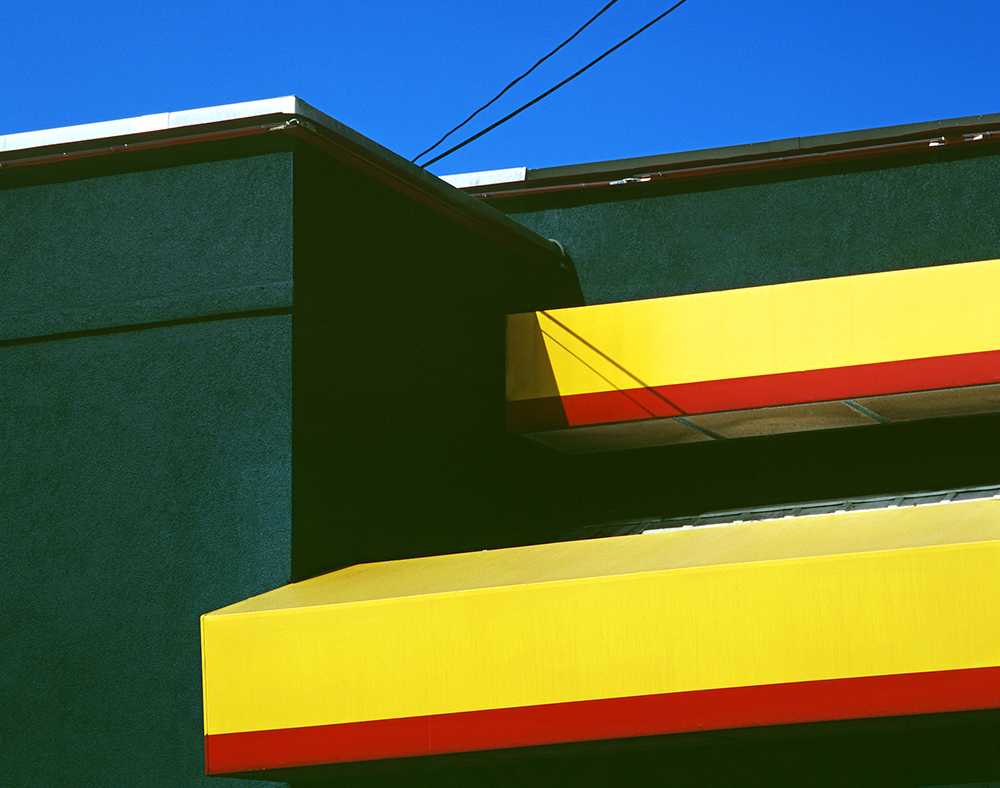 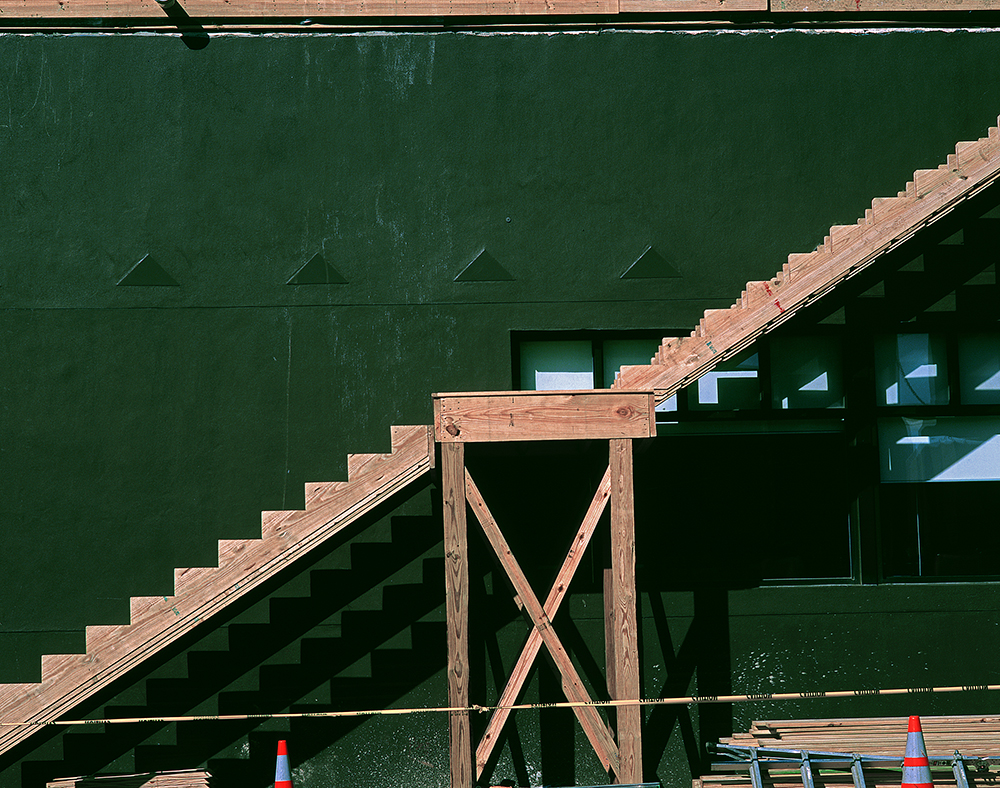 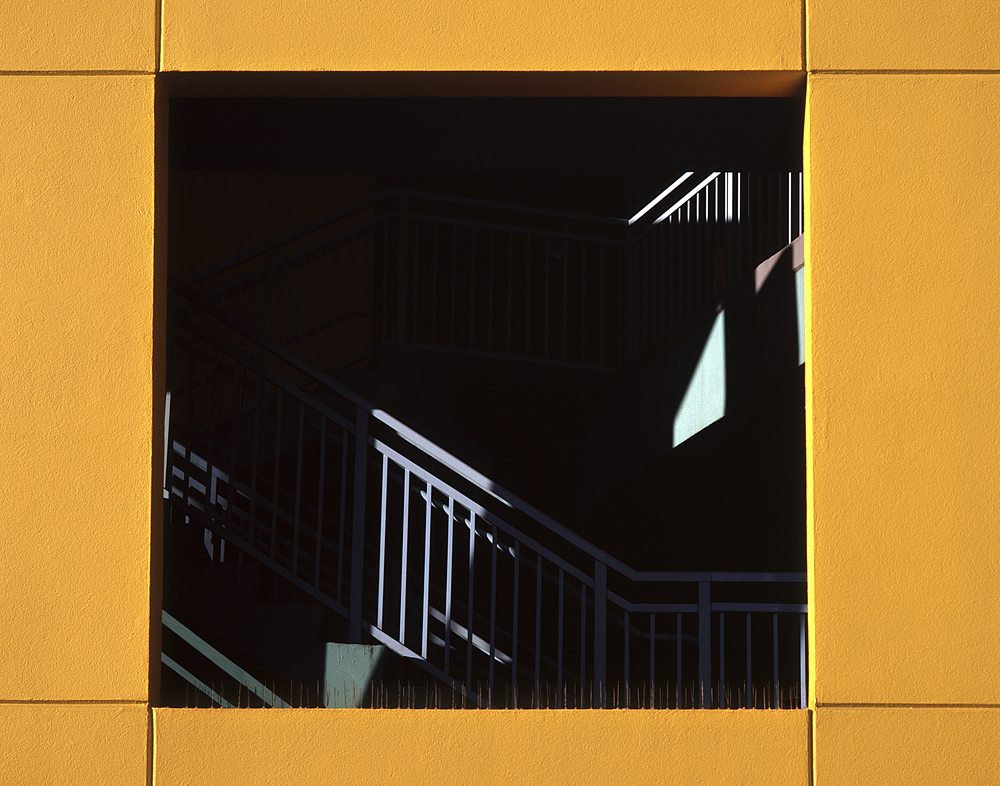 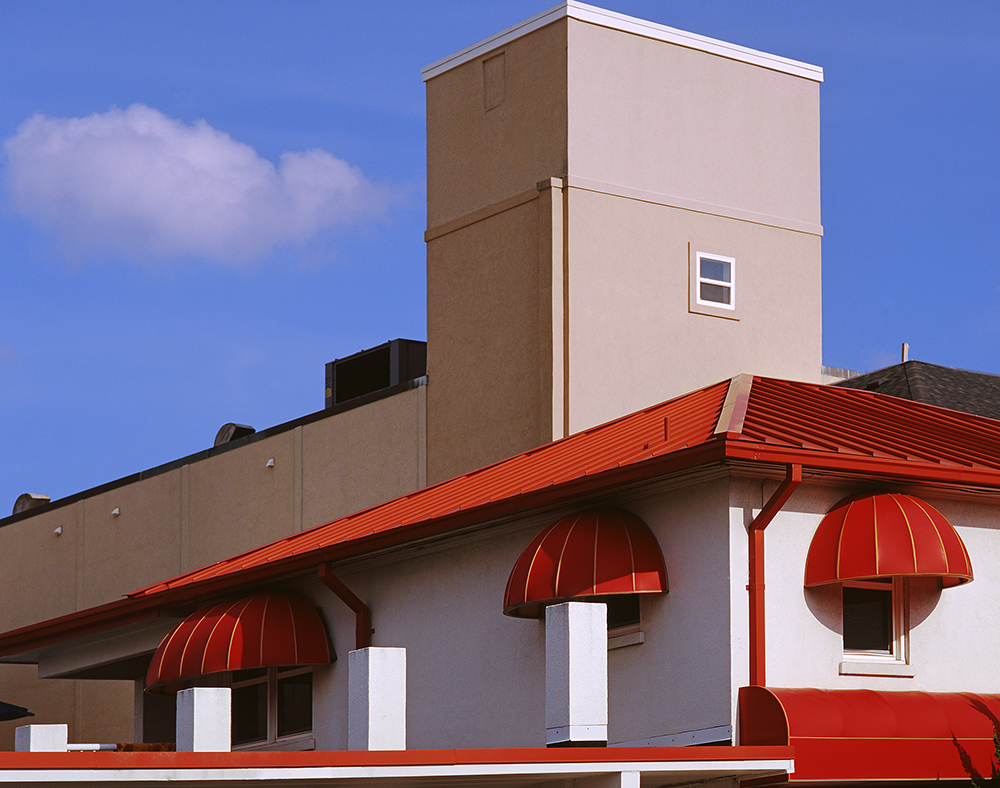 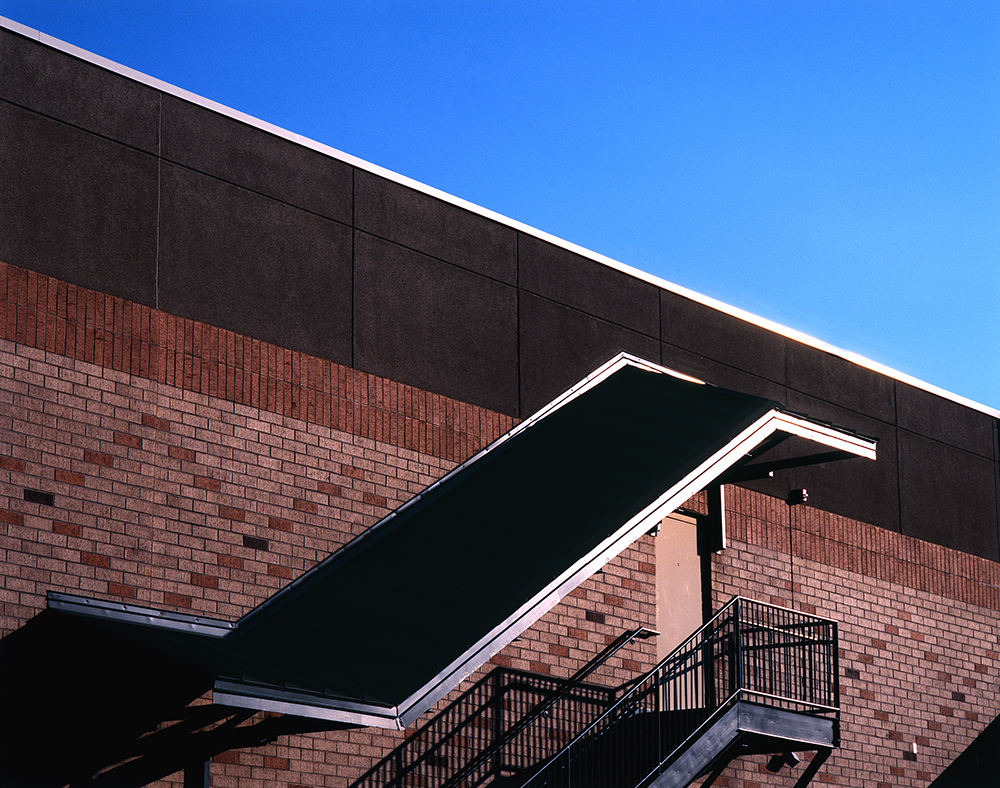 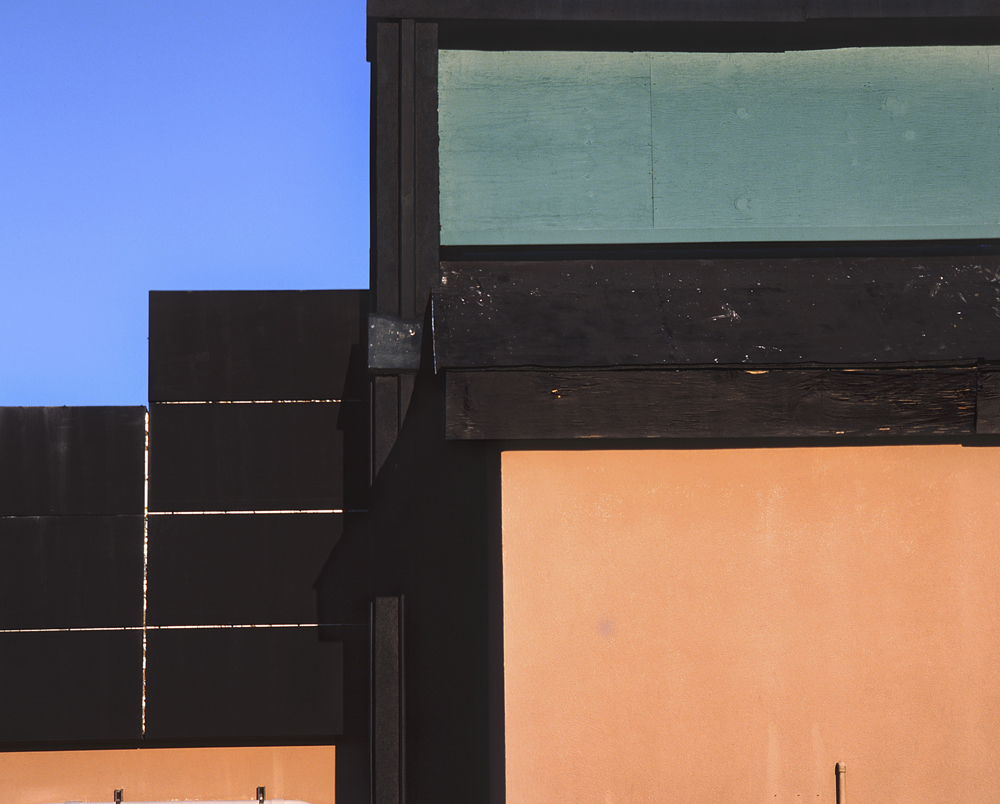 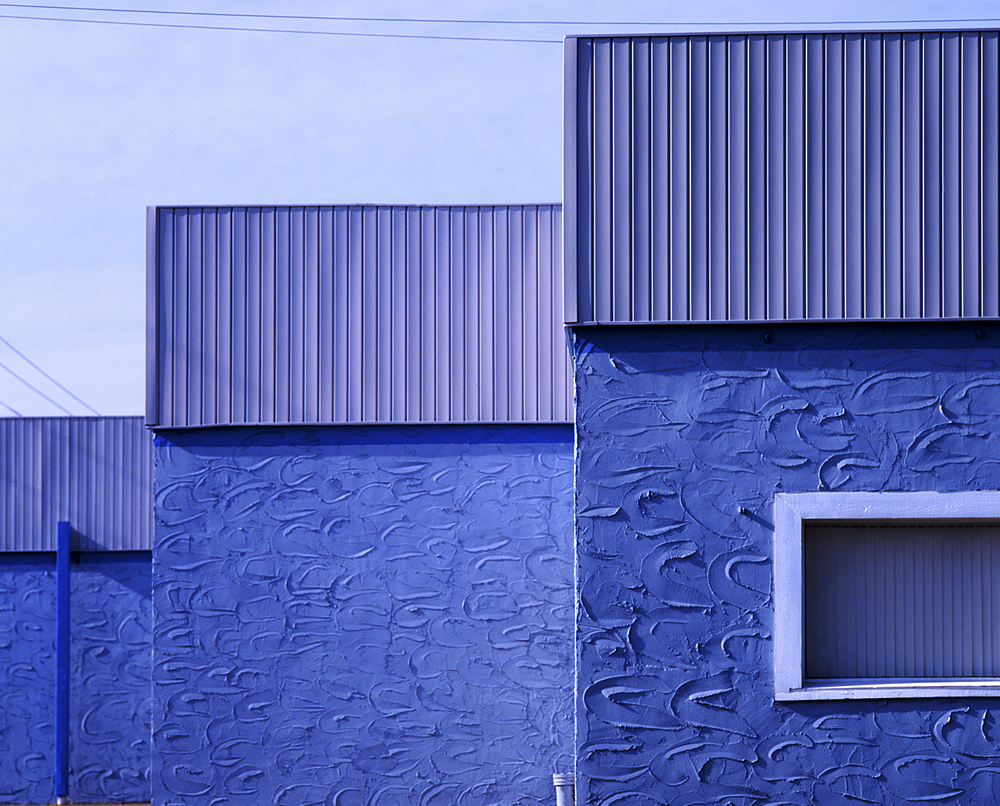 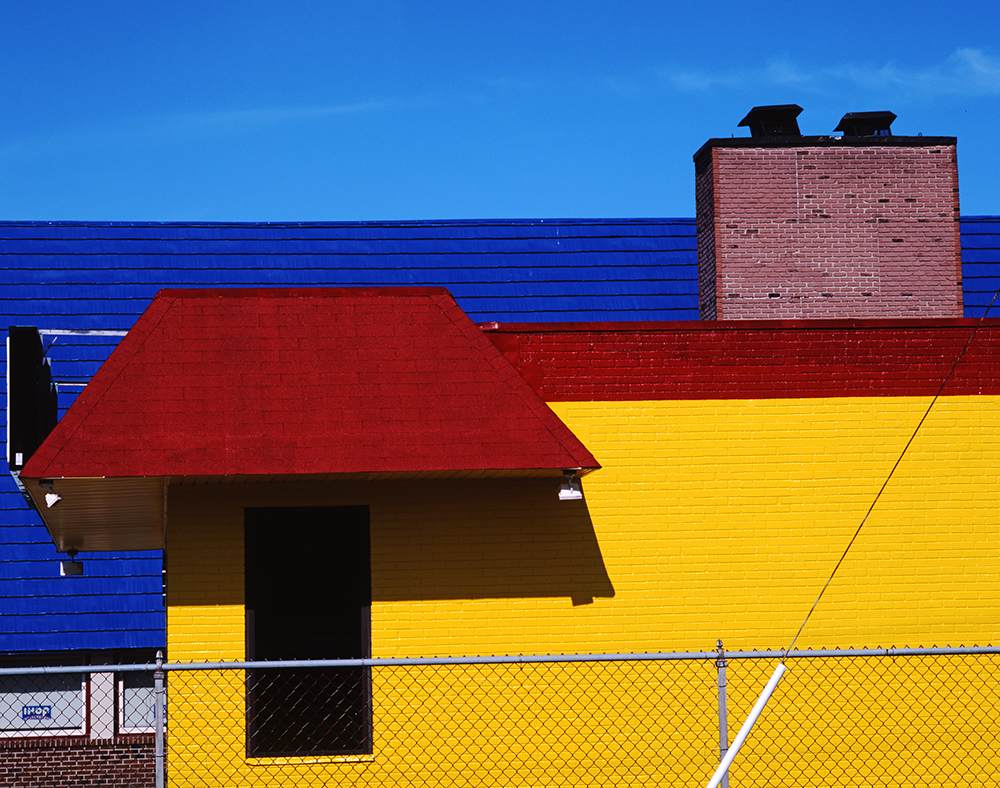 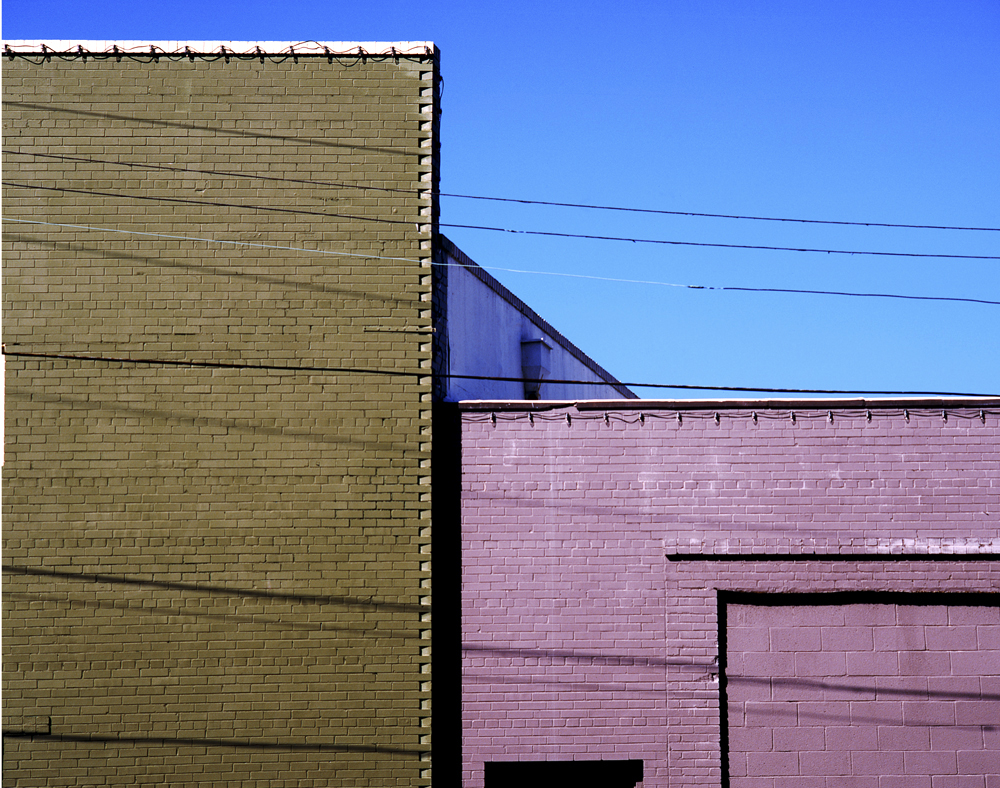 The project interrogates place representation, cultural identity and nationhood. It seeks to explore master narratives and depiction of the American landscape and its architecture.

The project contributes examples of American suburban architecture ambivalent in terms of place identity and photographic representation, which have the luxury to be considered neither urban or rural, neither local nor global. At large, such structures refer to the notion of non-places, or the notion of metaphorical mobile places, examined by scholars Auge and De Certeau, among others.

In that context my work is like a topological scavenger hunt. I seek for shapes, textures, and symmetries of mundane architecture. I am drawn to these structures that are colorful and geometric in shape. By virtue of framing I leave out information that can reveal their origin. That said my intention is to show that these structures due to their commonality and their simplicity inhabit a non-geographically designated place. An anonymous place, a “no place” designated by the use of the medium.

REDUCTION TO ABSURDITY
MYSTERY IN RED